Cryptocurrency markets were showing signs of life today, Dec. 17, but the major focus was on Ethereum (ETH), which passed the price of Bitcoin Cash (BCH) for the first time. 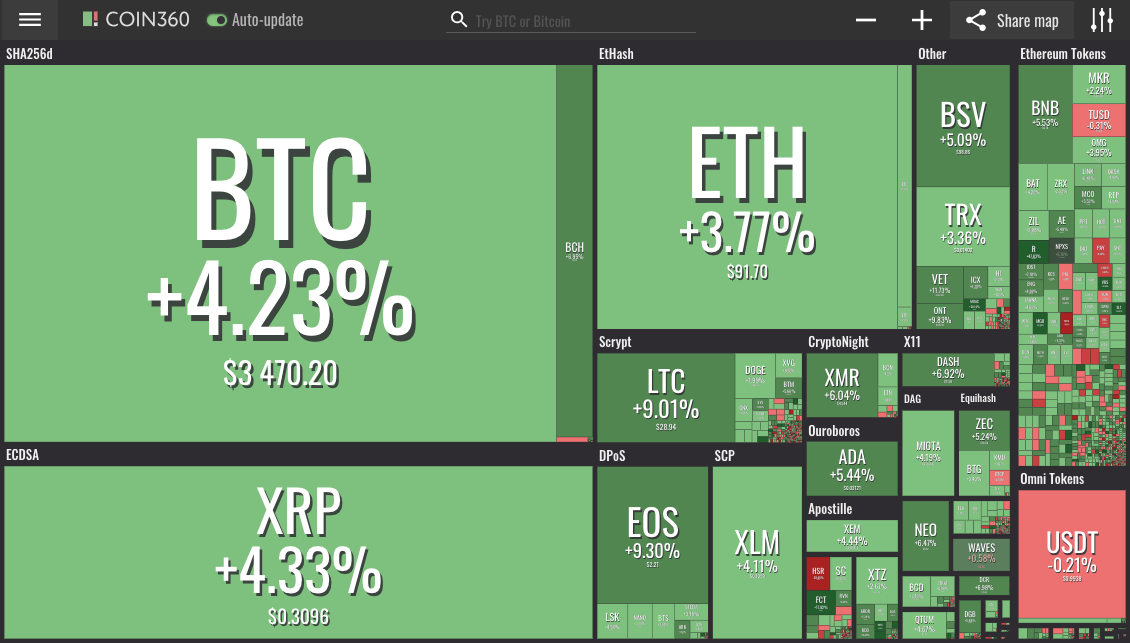 Data from Cointelegraph’s price tracker, Coin360, CoinGecko and CoinMarketCap confirm the ongoing battle within the top ten altcoin assets, with ETH trading around $90.86 compared with BCH on $88.63 at press time.

Previously, BCH had traded above the market price of ETH since its creation in August 2017. 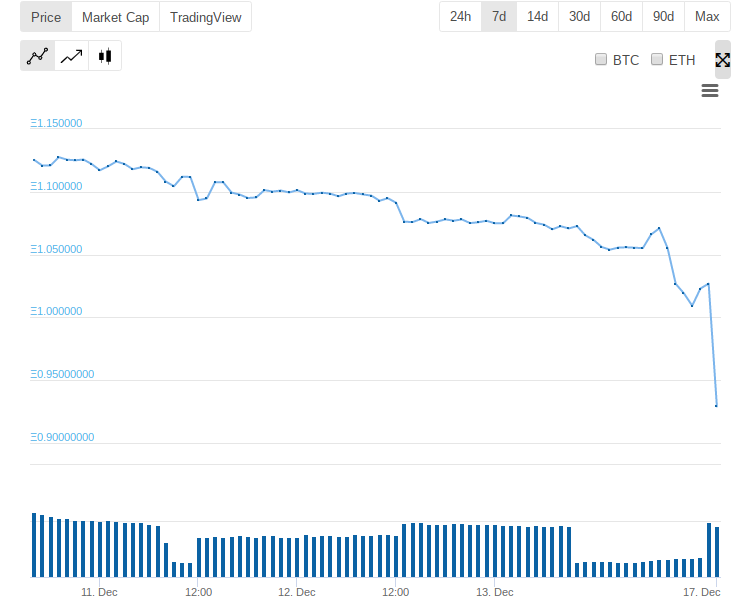 A contentious hard fork in November caused BCH to split into two chains, the second being Bitcoin Cash “Satoshi’s Vision,” now with the ticker BSV.

BSV’s price began to show inverse correlation with the majority of crypto assets, fluctuating according to activity in Bitcoin (BTC) markets before drifting downwards to almost match BCH in price by mid-December.

Bitcoin itself meanwhile has managed to bounce off 15-month lows of $3,130 seen over the weekend to circle support around $3,200 earlier Monday.

A sudden uptick subsequently propelled prices $150 higher to close in on $3,470. 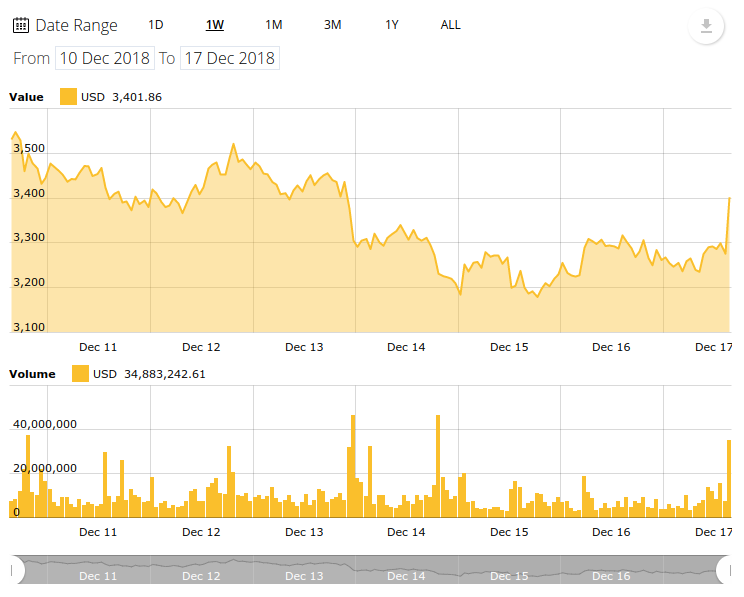 Trading sources remained uncertain about the chances of current levels holding, crypto expert Tone Vays warning in his latest market update Sunday that a collapse to at least $1,300 could be imminent.

Specifically, a close below the long-term 50-month moving average price for BTC/USD would trigger the extended downward spiral.

Elsewhere in the top twenty, Litecoin (LTC) partly the daily gains at just over 9 percent to around $28.78, the uptick coming on the back of an announcement from accomodation booking website Travala that it would accept the altcoin.