For its detractors – mostly elderly bankers and economists – it is tulip-mania, moonshine, hi-tech smoke and mirrors. For its most fanatical adherents – techies and latter-day hippies – bitcoin is not merely a viable currency, but salvation: a universal panacea, not just to combat governmental ineptitude or malevolence, and poverty, but to end them. Hallelujah and kumbaya.

The sneerers cite the rampant criminality in the ranks of the cryptosphere. It is true, in the 10 years since bitcoin was born on a couple of desktop computers – becoming an entity worth more than the M1 money supply of Argentina – its retinue has accommodated an incredible rogues’ gallery. There have been old-fashioned cony-catchers, saltimbancos and bubblers who did a runner with other people’s money in the time-honoured manner, but also drug-dealers, murderers and blaggers – not to mention the lethal dreamers and false prophets.

But as the stalwarts of crypto will gleefully point out, the desperados and flimflammery encountered in these new forms are but a mirror of the better-tailored dishonesty found in the City of London or any of the world’s financial centres. There is hardly a bank left that has not been caught money-laundering, market-rigging, misselling or involved in miscellaneous misdeeds. 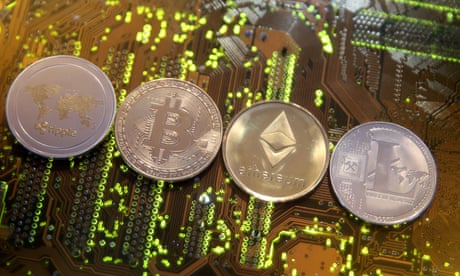 Bitcoin could be overseen by UK’s financial regulator

Cryptocurrencies are fiendishly complex – just a basic understanding requires a maths and IT background. And, like lawyers, even those developers who do know something rarely agree on anything. Eve if you do know something about the tech, it does not help much, because this is all new and unprecedented. When tech leaves the white paper and hits the street, no one knows what the result will be. There is a long trail of individuals and companies who have been “rekt” as the industry parlance has it because of events: for example, the Bitcoin Cash civil war last November.

The most impressive feature of bitcoin is that it is still there. It has survived crash after crash and state hostility. It has truly been battle-tested in the harshest of conditions. The identity-hiding creator of bitcoin, Satoshi Nakamoto, wanted it to be a currency. That looks unlikely. In the near future, you won’t be buying a pint of milk with it at the corner shop.

Admittedly, if you are willing to trawl the internet, and in no rush to get things, you can buy all sorts of products – but for everyday life, compared with a contactless Visa card, bitcoin is almost useless.

One of the selling points of bitcoin (and other cryptos such as Bitcoin Cash, Litecoin and Dash) is that you can “be your own bank”. That has its attractions and advantages, but it also has a downside: it means having some understanding of the tech, and a willingness to take full responsibility when the bank robbers come.

If something goes wrong, you are on your own. Again, compared with a credit card, bitcoin seems risky and hard work, unless you are really keen on buying drugs or tax evasion. On the other hand, bitcoin can be sent anonymously and fairly quickly to the other side of the world with low fees.

But whether a bitcoin is worth £2,000 or £20,000 is not so important. The get-rich-quick speculators have probably abandoned the world of crypto. What counts now is adoption. Most of the action in the first 10 years has been in the US (it appeals to both the far left and the far right) and in east Asia (China, Japan, Korea, Singapore).

While I find the claims that crypto can enrich the unbanked and poor ludicrous, it is likely that the future growth of bitcoin will be in countries with ailing, corrupt or authoritarian governments and wonky currencies. Latin America, Africa and the Middle East will be the places where citizens will value something the authorities will have a hard time getting their hands on. Venezuelans have recently had a crash-course in crypto.

Is there a need for bitcoin? Probably not. Government-backed currencies work, whatever their shortcomings. However, bitcoin may well succeed as a digital gold: a store of value, a savings account rather than an everyday currency. And there is certainly room for a global cryptocurrency, whether it is bitcoin or one of its spin-offs or successors.

The frenzy around crypto in the last few years meant that creating a currency was almost a cottage industry, even if some were clearly meant as a joke – ponzicoin for instance – though others, such as dentacoin (for dentists), were not. Most of the hundreds of current altcoins (ie not bitcoin) will wither, probably quite soon.

But still they come. In two weeks’ time a new coin is due to be launched using the Mimble Wimble protocol (the cultural spectrum of the tech world does not seem to stretch much beyond Game of Thrones or Harry Potter), a turbocharged competitor to bitcoin that aims to return “power to the people” by keeping out big crypto-mining companies. It is called Grin – which, if nothing else, surely has the best name for a currency in the history of money.

Why Iron Ore Stocks Could Struggle to Hold Ground